By Jeff Aronow: Antonio Tarver says Deontay Wilder needs a knockout of Tyson Fury in their trilogy match next month on July 24th. Many boxing fans are upset at the former WBC heavyweight champion Wilder (42-1-1, 41 KOs) forcing the third fight with Fury (30-0-1, 21 KOs).

The fans wanted to see Fury fight IBF/WBA/WBO champion Anthony Joshua for the undisputed championship on August 14th in Saudi.

Tarver feels that if Wilder beats Fury by a decision, it won’t make the fans happy because they wanted to see the Joshua-Fury match.

What might impress the fans is if Wilder knocks out Fury because that shocks the world. After all, almost no one is giving Deontay a chance.

It would also set up a fight between Wilder and Joshua for December, and that would be rock ’em sock ’em robots type of fight. If Fury fights Joshua in December, we’re likely to see many spoiling from the Gypsy King.

There was a deal in place with a huge site feel that would have paid Joshua $100 million and Fury $60 million.

Wilder didn’t take it well when Fury chose to walk away from his contractual rematch with him to fight Joshua. The ‘Bronze Bomber’ and his management team took it to arbitration, and the arbitrator ruled in his favor.

Interestingly, Fury’s promoters were surprised that he lost, which is strange because the contract was there, and he clearly walked away from it. The arbitrating ruling in Wilder’s favor was predictable given the circumstance.

Wilder will need to look in the mirror if he loses

“It’s an interesting dynamic the way that Deontay Wilder forced this fight,” said Antonio Tarver to Blue Sports TV.  “That’s what he’s doing, he’s forcing Tyson Fury to fight him rather than AJ.

“If things don’t go well for Deontay Wilder and this trilogy, he’s going to have to really look in the mirror and say, ‘Why?’

“He’s putting his back against the wall. He’s [Wilder] forcing this fight on the fans. Man, if you don’t go in there and knock out Tyson Fury, I think even a close decision wouldn’t satisfy the people saying, ‘I want [Joshua-Fury] next, I want now,’ rather than wait,” said Tarver.

Wilder would need to scrap his training team and start fresh with a new group of people to help him. At 35, Wilder doesn’t have much time to improve before he’s too old.

Deontay has had time to improve 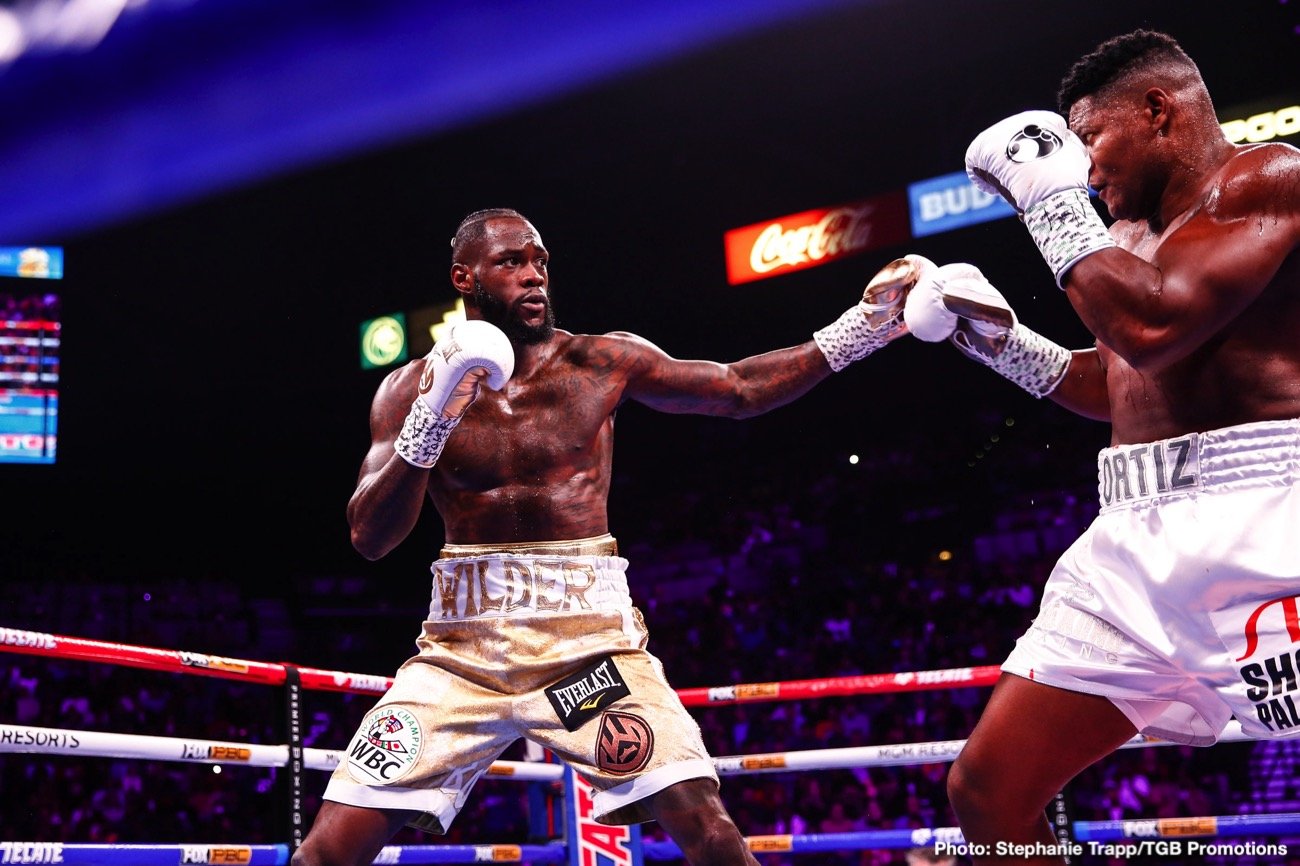 “If it was me, I would have never turned down 20 million dollars. I don’t care when, where, how, no way.

“For anybody turning down 20 million dollars, you’ve got to ask yourself, who is advising this guy. Who is this guy’s representative because 20 million and life ain’t promised?

“A bird in the hand is better than one in the bush. I’d have had to get that 20 million,” said Tarver in still talking about the $20M, even after he was informed by Blue that it never happened.

Wilder has mainly worked on the mitts with his new coach Malik Scott, and that’s not the same thing as sparring and fighting.

We’ve seen some nifty footwork from Wilder with Malik, but he’s got to be able to do that in the ring for it to mean anything.

Vicente Luque vs. Michael Chiesa Is Set For UFC 265

Spence: I Don’t Want Anything To Do With Thurman, He’s A Cornball, I Can’t Stand Him